If you’ve had to deal with persistent gastrointestinal issues, the chances are high that you’ve used Zantac at least once. In 2017, over 16 million people used the drug nationwide. It also ranks as the 48th most prescribed drug in the United States.

There is now an MDL formed in the Southern District of Florida.  It is in that federal court that initially the cases will be worked up against the maker of GlaxoSmithKline.  Most likely, it will only be those patients hurt by the brand name drug Zantac who will be able to prosecute their cases.  Those who used a generic brand of Zantac will likely not, for reasons related to preemption, be able to win their cases.  Proof of Zantac usage will be important, perhaps with prescriptions as some Zantac was prescribed, although most of it is over-the-counter.  Also, credit card charges or receipts or participation in pharmacy loyalty programs may yield proof of usage.  Whoever thinks they may have been hurt should immediately obtain proof of usage so the necessary records do not get discarded or destroyed.

Generically known as Ranitidine, Zantac was created in 1977 by scientists working for what’s now known as GlaxoSmithKline. It was commercialized in 1981 and became one of the most popular drugs in the world by 1987. 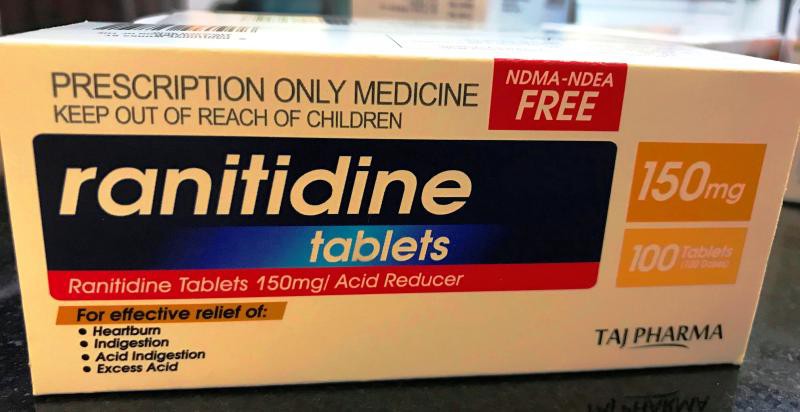 Ranitidine acts as an inhibitor of histamine in the H2 receptor cells, and which is generally understood to result in a decrease of stomach acid production. This seemingly simple function makes it useful for a lot of conditions. Here are some conditions that Ranitidine has been prescribed for over the years:

Most clinical studies on Zantac have shown it to be safe for use, with most of its side effects already well-known. Ranitidine was believed to be safe enough that the FDA cleared it for over-the-counter sales. Drugstores like CVS and Walgreens have traditionally stocked packs containing 7 or 14 tablets of different variants of Ranitidine products, which could be bought without a prescription until recently. 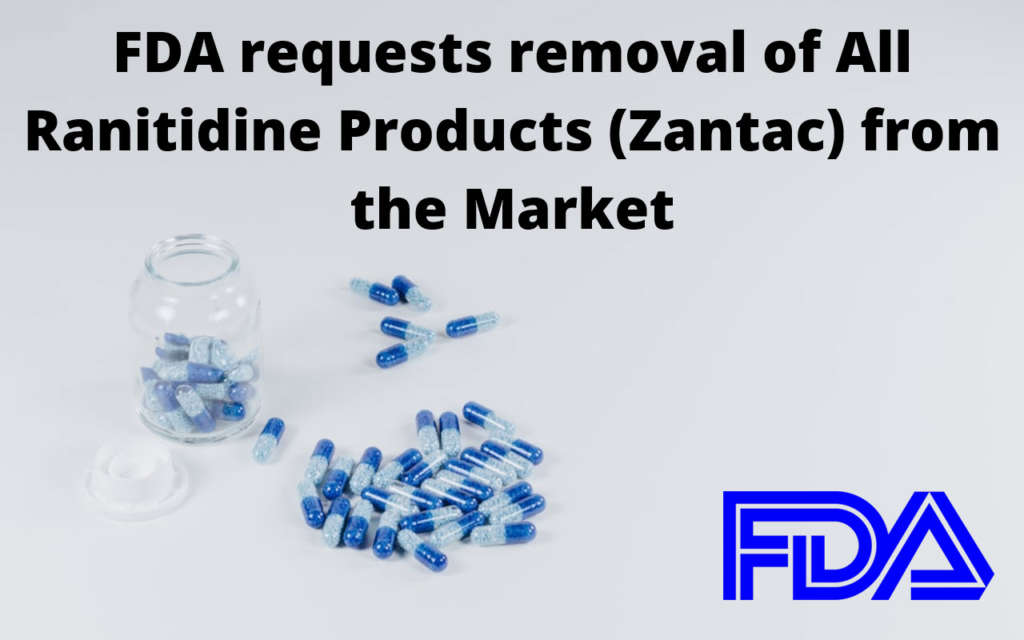 Why was Zantac recalled?

Although Ranitidine was initially thought to be safe for use, recent findings have shown that it may not be so. While the basic composition itself is still regarded as safe, recent findings by the FDA indicate that there may be a cancer-causing contaminant in some products sold under the brand name of Zantac.

In September 2019, nitrosamine impurity, known as N-nitrosodimethylamine (NDMA), was identified in quantities that breached FDA limits in some Ranitidine samples from popular brands. The discovery led to a cascade of events starting with the recall of Ranitidine hydrochloride capsules in the United States by Sandoz Canada. The event was closely followed by a nationwide recall of over-the-counter Ranitidine products in the same month by Apotek, another Canadian pharmaceutical company.

Big retail stores and pharmaceuticals like Walmart, RiteAid, Walgreens, and CVS promptly pulled off all Zantac products and some other generics from their shelves. The recall of Zantac and other generic products wasn’t limited to just the United States. There have also been massive recalls in Canada, Australia, and the EU. 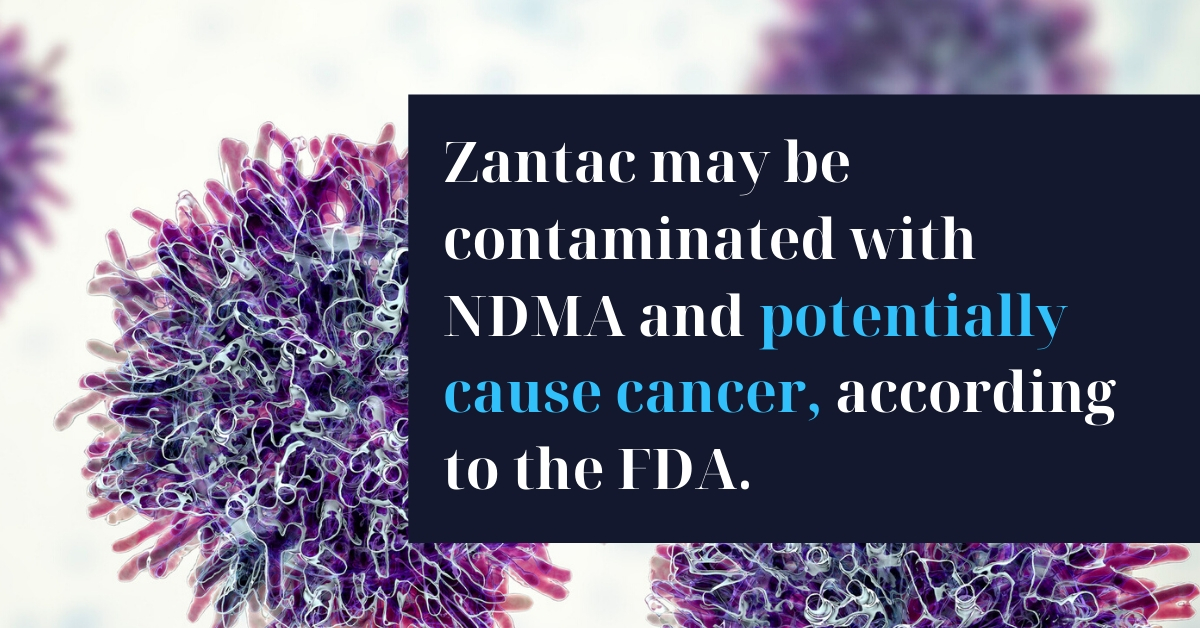 Generically known as N-nitrosodimethylamine, NDMA is an organic compound that can be found in many sources. The compound was initially used to produce rocket fuel, but this use was discontinued after it was found in water, air, and soil samples close to the rocket fuel manufacturing plants. It’s currently approved only for research use in the US.

NDMA can be produced as a by-product in several processes, including in the chlorination of water. The risk of exposure to NDMA from chlorinated water is, however, minimal.

A high concentration of NDMA is linked to gastric or colorectal cancer, according to the World Health Organization. It’s also thought to cause liver damage, as it’s extremely toxic to the liver.

The amount of NDMA found in ingested substances is typically monitored by the FDA. For drinking water, it’s typically limited to nanograms per liter. In September 2018, Valisure, an online pharmacy in the US, alerted the FDA to a discovery of unusual amounts of NDMA in certain Zantac tablet samples. The results of their tests showed over 3,000,000 nanograms of NDMA per tablet of Zantac in certain cases, 34,000 times the daily limit for adult exposure.

While preliminary tests by the FDA show that the NDMA in Zantac is about the amount a person could get from eating regular foods like grilled or smoked meat, the method of testing is still a point of contention. However, the FDA has insisted that pharmaceutical companies should recall Ranitidine products if the concentration of NDMA is higher than the FDA-approved daily intake limit of 96 nanograms. Companies that produce Ranitidine have been advised to expand their tests for NDMA to include other drugs before they ship them out for distribution.

The Zantac fiasco isn’t the first discovery of NDMA in drug samples. In 2018, amounts of NDMA breaching FDA standards were found in two well-known blood pressure medications, Valsartan and Losartan. 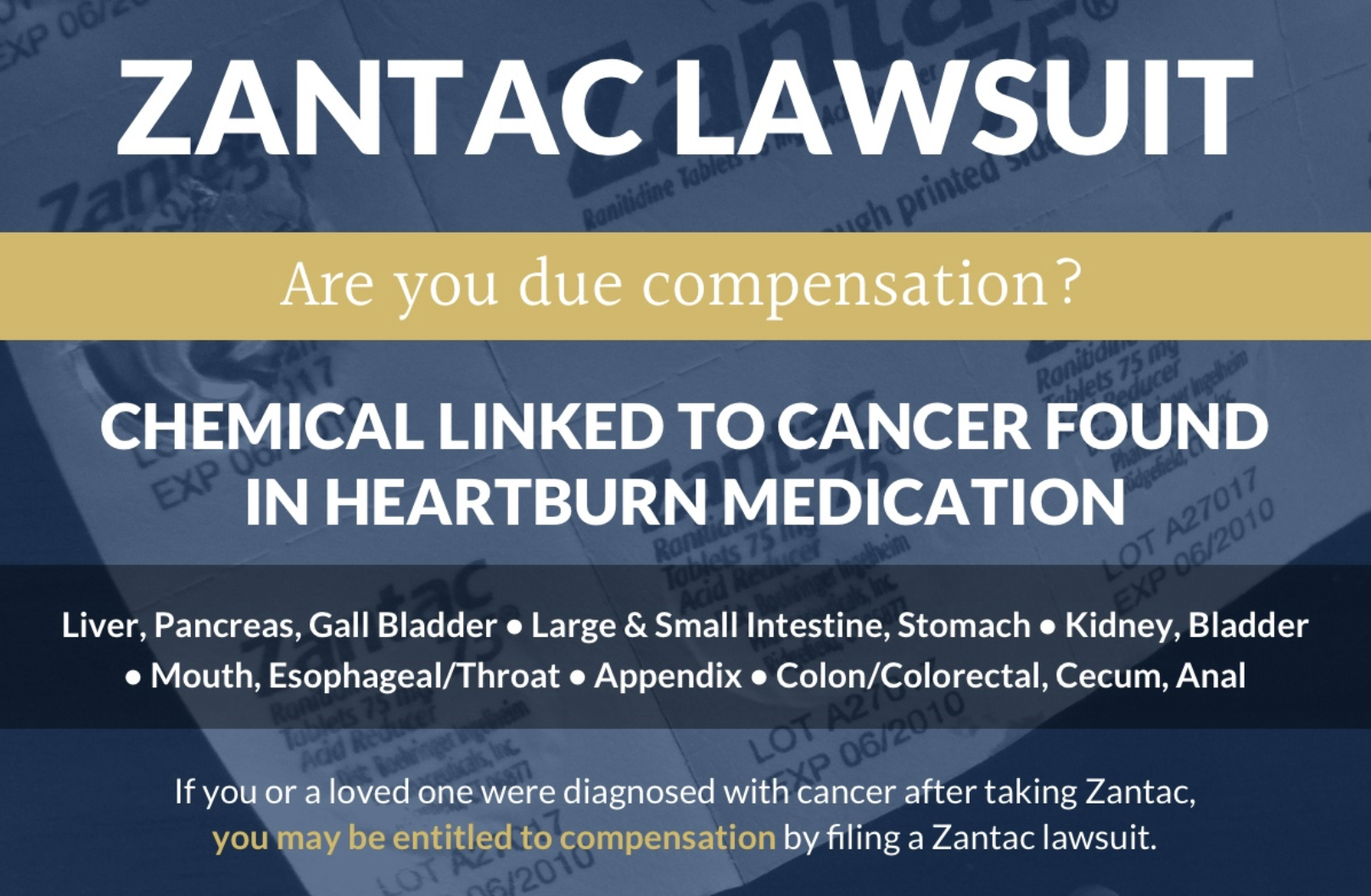 Who’s eligible for a compensation claim?

Since the announcement of the findings by Valisure and subsequent investigation by the FDA, a number of users of Zantac have been looking to obtain compensation for the damages caused by using the medication. While there have been recalls, no maker of Zantac has, so far, made any settlements. This is because big corporations rarely make settlements until one of the affected parties go to trial. As it’s still a fresh case, most affected parties are only just filing their lawsuits.

Typically, any user of Zantac who have suffered cancer can file a lawsuit. The most common ground most users can use for filing a case against Zantac manufacturers is that the drug was defective and a failure to warn. The argument behind this stance rests on the companies knowing of the NDMA composition of Zantac and not informing their customers. After all, if the customers were aware that the drug contained a cancer-inducing compound, they likely wouldn’t have taken it.

There is a study by Memorial Sloan Kettering due out soon – in early 2020 — that will show which of the cancers are most likely as a result of long term Zantac usage, which the manufacturer knew was dangerous in long term but got approval from FDA on basis it would be short term use.

Anyone with long term use of Zantac diagnosed with these cancers should at least have an initial talk with an attorney.  If you live in the Chicago area, Tom Plouff can help you evaluate your Zantac case in Chicago. 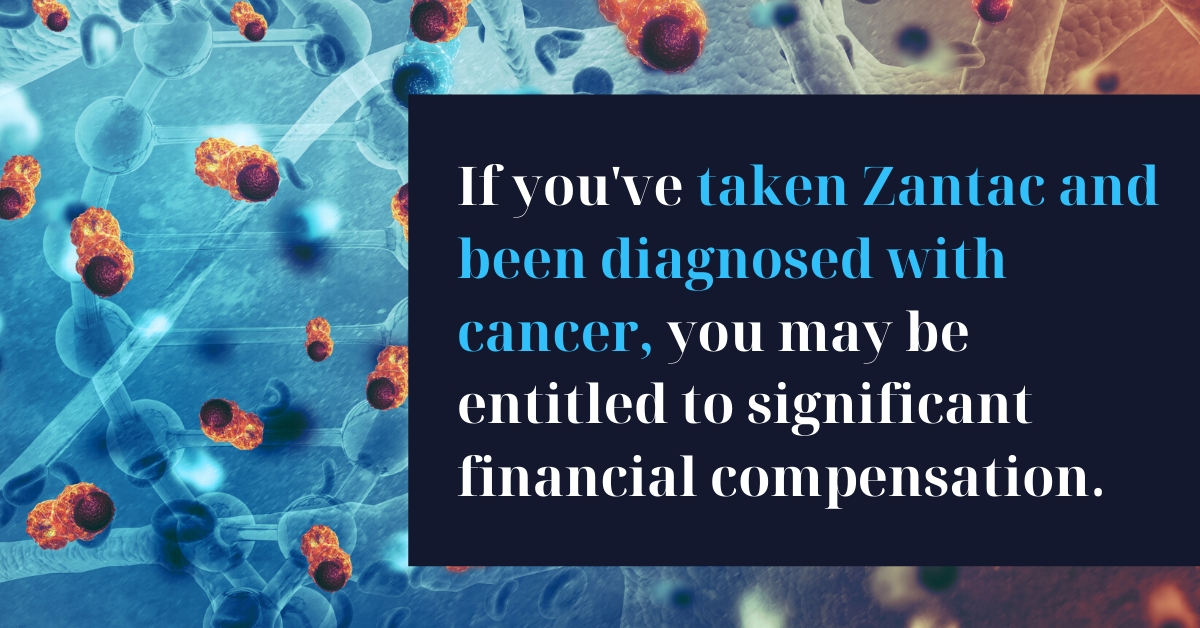 In order to file (and win) a Zantac case against producers of Ranitidine a cancer patient must establish a relationship between their dosage of the drug and cancer, then they stand a good chance. Typically, a higher dosage of the drug is linked with higher NDMA exposure and, by extension, a higher risk of cancer. Most lawyers will, however, only consider certain cancer cases, as not all cases have been scientifically linked with NDMA exposure.

Here are some of the commonly accepted cancer types among lawyers for a Zantac compensation case:

How can one make a compensation claim?

Making a compensation claim isn’t an easy task, but if you feel strongly about it, it’s worth pursuing. Here are two tips before you embark on your case:

If you have cancer from Zantac you should strongly consider filing an individual case and not a class action.  After informing your lawyer on the details of the case, they are best suited to inform you on how to move further with the case.  The MDL is a good place to file your Zantac case, regardless of whether you live in Chicago or anywhere in the United States.

While the jury is still out on whether Zantac was deliberately sold to patients knowing it would cause cancer, there likely will be sufficient evidence to show there was at least negligence by the manufacturers. Thankfully, you now have the opportunity to seek redress in court.