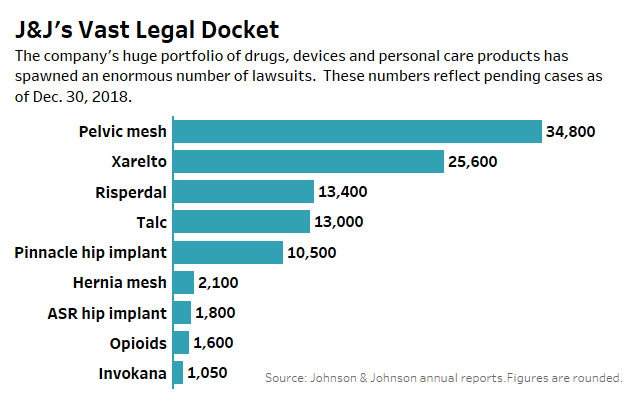 Most of us rely on medications daily to help us achieve and maintain our optimal functioning. Most of the time, there’s nothing out of the ordinary to report when it comes to taking our meds. We pop a pill and trust that medical science did its due diligence before allowing the drug to go to market. Unfortunately, that does not always happen. The medical community may think the drugs benefit their patients but be unaware of risks of the drug that the manufacturer knows about but does not disclose to the prescribing physician. Sometimes the side effects of a certain medication can easily outweigh any positive outcomes they might bring. Even worse is when these side effects are downplayed or even outright ignored by those who stand to profit from their distribution. This is exactly why manufacturers of the drug Risperdal have found themselves on the receiving end of several lawsuits across the country.

What Is Risperdal & Who Takes It?

Risperdal is the brand name for the compound risperidone, which is in a class of drugs called atypical antipsychotics. It is commonly prescribed for mood disorders that range from schizophrenia to bipolar disorder to even autism spectrum disorders.

The way Risperidone is thought to work is by modulating the effects of dopamine and serotonin in the brain so erratic behavior is minimized to allow any particular patient to have a much more stable lifestyle. The drug is most often taken orally once a day, but some are given the drug by injection, which is effective for up to two weeks after dosing. 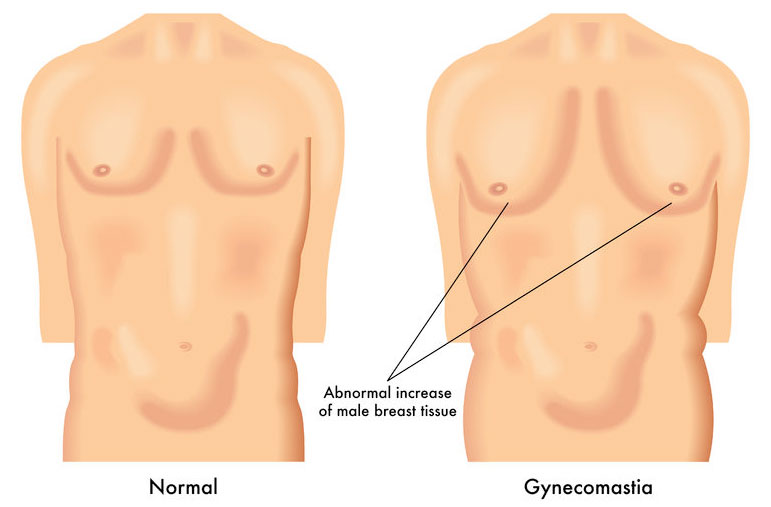 The issue that’s at the root of the many class-action lawsuits against medicine giants such as Johnson & Johnson, is that Risperdal has been linked to an increased incidence of gynecomastia in young male patients. In layman’s terms, gynecomastia is an uncontrolled growth of breast tissue.

Part of how the drug is linked to gynecomastia is that antipsychotics, are associated with an increase in the hormone prolactin. This hormone stimulates breast growth and milk production in women. Compared to other antipsychotics, Risperdal is the most egregious offender with increased prolactin levels, which leads to gynecomastia plaguing hundreds of those who have taken a course of the medication.

A compounding factor in why this is so pertinent to those afflicted is there have been cases where discontinuation of the medication has not resulted in a reduction in the symptoms of gynecomastia. For these people, supplementary medical procedures ranging from significant lifestyle changes to invasive reduction surgeries are necessary to help return them to their previous healthy state. Uncontrolled increases in breast tissue & mass are incredibly disheartening for the males taking this medication, as an increase in breast size has a detrimental effect on their self-esteem as well as their ability to socialize without anxiety.

Why Johnson & Johnson Is Culpable

Drugs have side effects all the time; in fact, there’s more or less nothing you can get prescribed now that doesn’t have some pamphlet accompanying it warning you of the potential ill effects. The issue in this particular case, however, is that one of the main producers of the drug, Johnson & Johnson, did not properly disclose the risk of gynecomastia to the medical community or the patients who took the drug. Evidence also exists that Johnson & Johnson engaged in deceptive practices to downplay the link between the elevated prolactin levels caused by the drug and gynecomastia.

Internal communication from the company was discovered that they knew the causal link between elevated levels of prolactin and gynecomastia as far back as 1998. Within these communications, the increased prolactin typical of antipsychotics was seen as a detractor to an otherwise profitable product. If gynecomastia was thought of as a possible side effect, for them, this meant that something had to be done to muddy the waters connecting increased prolactin to increases in breast growth. Patient safety not profits should come first but that was not the case here.

A study released by Johnson & Johnson subsidiary Janssen in 2003 explored the levels of prolactin in people given the drug Risperdal. Through clever manipulation of the numbers presented, & carefully selecting what data to include and what to exclude, Janssen reported that within 3-5 months those who take Risperdal would have relatively normal levels of prolactin production despite an initial surge. Because of this, the study concluded that the risk for gynecomastia was negligible for those who take Risperdal.

Many years after this study, further research was done by several firms not connected to J&J or subsidiary Janssen, that emphatically showed a connection between taking Risperdal and developing the condition. A November 2015 study even went as far to conclude those on Risperdal were four times more likely to develop gynecomastia than a member of the general population.

This means that an effort was made to downplay the possibility of gynecomastia occurring to where Johnson & Johnson reported that gynecomastia was an unlikely possible side effect of Risperdal. It allowed them to market the drug without needing to give the situation the seriousness & gravity it deserved.

Some evidence suggests that early Risperdal lawsuits were settled out of court to avoid any negative outcomes to the company’s brand trustworthiness.

Over time, however, more and more lawsuits came to light, and in 2015 the veil was finally lifted on Johnson & Johnson’s deceptive practices. Four lawsuits in that year went to court, and in three, J&J was forced to pay damages to the effect of $2.5 million, $1.75 million, and $500,000 due to the surgeries required to correct the effects of gynecomastia brought on by the medication. In only one court case was a jury unable to conclude that Risperdal, without a doubt, contributed to developing this serious medical condition.

A secondary issue was brought to light in 2012, with the state of Texas successfully suing the company to the tune of $158 million dollars. Risperidone is approved by the FDA only to treat schizophrenia, episodes typical of bipolar I disorder, and autism. Out of all antipsychotics, Risperidone is one of the few explicitly recommended to treat adolescents in the 13-17 age range.

Investigators found that individuals connected to the company used aggressive tactics to suggest to clinicians that Risperdal was an effective treatment for a wide range of impaired mental functioning that went far beyond the FDA approved uses. Patients ranging from the elderly with dementia to adolescents with impaired functioning of any kind were targeted by these efforts by sending information to doctors suggesting Risperdal was a satisfactory treatment. The reason why the state of Texas acquired such a large settlement is that the state used Medicaid dollars to pay for these off-label prescriptions despite the lack of FDA approval.

A 2014 complaint lodged to the Department of Justice showed that Johnson & Johnson was active in marketing Risperdal to patients in nursing homes, children with ADHD, and to patients with mood disturbances unrelated to schizophrenia.

Because of this, people across the nation are now becoming more and more aware of the effect Risperdal may have played in decreasing their overall quality of life. A Risperdal Chicago attorney has seen a massive increase in those injured by Risperdal in looking to receive remuneration, but the effects are being seen nation-wide.

Other Possible Side Effects

Besides the increased incidences of gynecomastia, other side effects are typical of Risperdal that considered significant are:

Are You A Victim Of Risperdal Deception? 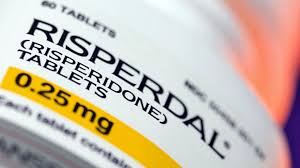 If you or someone close to you was prescribed Risperdal and was not adequately informed of the risks of gynecomastia or think that they were prescribed Risperdal improperly, you might be entitled to significant compensation. The effects of gynecomastia extend far beyond slight body dysmorphia. The corrective surgeries required are often costly, invasive, and open up the possibility for complications. This is also on top of the possible mental anguish caused by being a male who has suddenly developed large breasts.

It has been established during court proceedings that illegal marketing tactics were used during the development & promotion of Risperdal by Janssen Pharmaceuticals, opening up avenues for more people to have justice served on their behalf and receive compensation for any damage caused by Risperdal, which may or may not have been improperly prescribed, but there is almost always merit found in a product liability case based upon Risperdal being an unreasonably dangerous product.

Risperdal prescriptions were common during the main marketing drives from Johnson & Johnson. If any of the above information resonates with you due to a prescription being filled for you or someone close to you, you should consult with an attorney. Ordinarily there is no charge for an initial consultation with an attorney, and these cases are typically taken on a contingency basis, meaning that there is no attorney fee due unless the case is won.

If you have questions or concerns regarding Risperdal, please contact Tom Plouff to discuss possible merits of a case in Cook County, Chicago, Illinois, or elsewhere.