Looking to Retain a Chicago Attorney to Review Your Paragard IUD Case?

Most people in the US are familiar with class action lawsuits and individual cases being brought against giant corporations. While successful cases commonly become media sensations, most plaintiffs walk away with nothing. Having a top attorney review your case for its viability is an essential step in coming out successful against a major corporation. Tom Plouff does not believe in class action suits as they often principally benefit the attorneys, but he has extensive experience in multi-district litigation (MDL) cases, in which each plaintiff is treated as having an individual case.

While there are some dirty secrets about multi-district litigation, that Plouff is not a high volume attorney and  is willing to take individual cases to trial, may be an important consideration for you in deciding who to retain as your attorney in a Paragrad IUD case in Chicago or elsewhere in the country under some circumstances.  In 2020 the federal court of appeals affirmed a transvaginal mesh case in which the jury returned a verdict for $35 million.  In that case, Plouff questioned the potential jurors during voir dire, did the opening statement to jury, the direct examination of the plaintiff’s case specific expert, the examinations of the implanting and explanting treating physicians, the testimony of the client victimized by the mesh manufacturer, and the closing argument to the jury.

The Paragard IUD is of litigation so as of the Spring 2020 no MDL has been formed.  If the filed cases mount, it is expected an MDL will be requested for the filed and future cases.

Perhaps you’re a Chicago resident in its early stages looking to sue the IUD manufacturer for a Pargard IUD.  Here’s a guide to help you understand your case and inform you of how to get an attorney to help you review your case.

An intrauterine device (IUD) is a small device, typically made of flexible plastic and shaped like a T that’s put into the uterus of a female to prevent pregnancy. It’s one of many contraceptive methods available to women. It’s the method of choice for people who are for something long-term and reversible. They can last up to 12 years. In 2018, there were over 4.4 million IUD users in the US. There are two broad categories of IUDs, namely: non-hormonal and hormonal.

Non-hormonal IUDs don’t contain hormones, as the name implies. Instead, non-hormonal IUDs contain copper, which is a repellent for sperm cells. They are touted as having 99% efficiency and can be used for up to 12 years, which is the highest timespan for all kinds of IUDs. They are also marketed as being easy to remove without requiring surgery.

In the US, the only brand of non-hormonal IUD present is known as the Paragard IUD, also known as the copper T-380A. They are currently made and marketed by The Cooper Company, which acquired former producers, Teva Pharmaceuticals, for $1.1 billion in November 2017.

Hormonal IUDs, on the other hand, use the progestin hormone to prevent conception. Progestin is similar to progesterone, a hormone that’s naturally produced in the body. The hormone works to thicken the mucus on the female’s cervix, therefore blocking the movement of sperm cells. In addition, the hormones prevent ovulation – the creation of eggs in a woman’s ovaries. There are four brands of hormonal IUDs currently approved by the FDA for use. They are Mirena, Kyleena, Liletta, and Skyla IUDs. They work for different timespans before needing replacement. Mirena and Liletta can last for up to 7 years, while Kyleena and Skyla can work for up to 5 and 3 years, respectively. 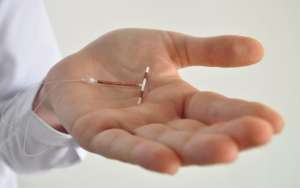 There are some well-known side effects of IUDs. Most of them don’t put the patient in any grave danger and rarely result in you needing medical attention or litigation. Here are the common side effects a user might experience as highlighted by the manufacturers:

Most of these side effects resolve themselves as your body becomes accustomed to the presence of the IUD. However, if they continue for a prolonged period of time, the patient may need to revisit their gynecologist.

Why are people suing manufacturers of Paragard IUDs?

IUDs are no stranger to controversy, starting with the Dalkon Shield lawsuits of the 1970s. In that case, over 250,000 women made claims of infertility and pelvic inflammatory disease against A.H Robins Company, the producers. The cost of litigations and settlements spiraled into billions of dollars, forcing the company to declare bankruptcy in 1985.

The low rate of IUD usage in the US, when compared to other countries, is often attributed to its controversial history. While some of the side effects of Paragard IUDs are well-known, several users have reported other side effects.

Top of the list is the pelvic inflammatory disease (PID). PID is an infection of the uterus and/or nearby reproductive organs. When diagnosed in connection with Paragard IUDs, it has frequently been found to occur within the first three weeks of the implant. Antibiotics are typically prescribed to deal with the condition. However, sometimes, it can deteriorate to cause more severe conditions like infertility, chronic pelvic pain, and in extreme cases, death.

Another side effect noticed by users is the expulsion of the device. In a study available on the American Journal of Obstetrics and Gynecology, 10.2% of copper IUD users experienced either full or partial expulsion of the device during use. Removal of the device, in some cases, can require surgery. In other cases, the users may be unaware that the device has been expelled from their bodies, making their birth control efforts futile.

Over 1600 cases of device breakage have been reported to the FDA since 2010. In some of these cases, the device stopped working before the end of its lifespan. In other instances, it became embedded in uterine tissue, broke into pieces, or had some missing parts. These complications have resulted in additional corrective surgery for the women, and severe health complications.

Other side effects that are associated with Paragard IUDs include: 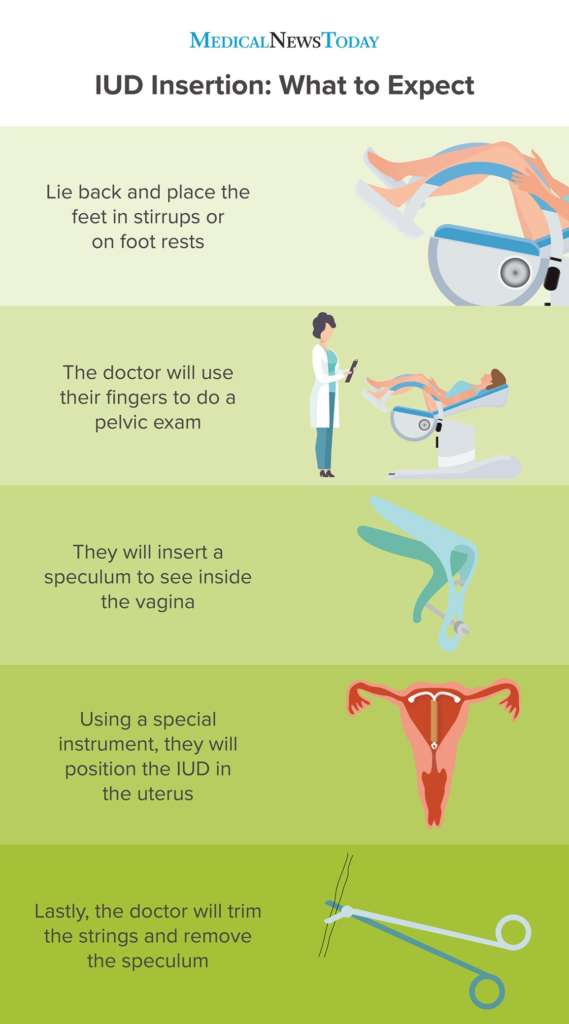 Many women have already filed lawsuits requesting compensation for the injuries they sustained using Paragard IUDs. Their claim is centered on the manufacturers (past and present) not providing explicit information and warnings about the potential risks of use.

How do you get an attorney to review a case?

If you’ve suffered any of the above effects, and you want to claim damages from the makers of the IUD, you should speak to a lawyer. If you’ve just begun noticing these side effects, it’s imperative that you first talk to a healthcare professional. This is necessary, especially in cases where you still need medical attention.

To fast track your meeting with an attorney, you’ll need to put together as much paperwork as you can with regards to your case. The required documentation includes dates of your doctor’s appointments, when you had the implant, when the doctor discovered there was a problem, and what you needed to do for your treatment.

The nature of compensation that each person may be able to obtain depends on the details of their case. It’s essential to establish the value of a claim before filing a lawsuit. This is why it’s important to get a lawyer to review the case for you. Claims against manufacturers of Paragard IUD have been filed in multiple cities and states. If you need information on similar lawsuits that have been filed in Chicago, you should find a  Chicago attorney for your Paragard IUD case.

Your cases will need to be reviewed for one of the following types of damages: 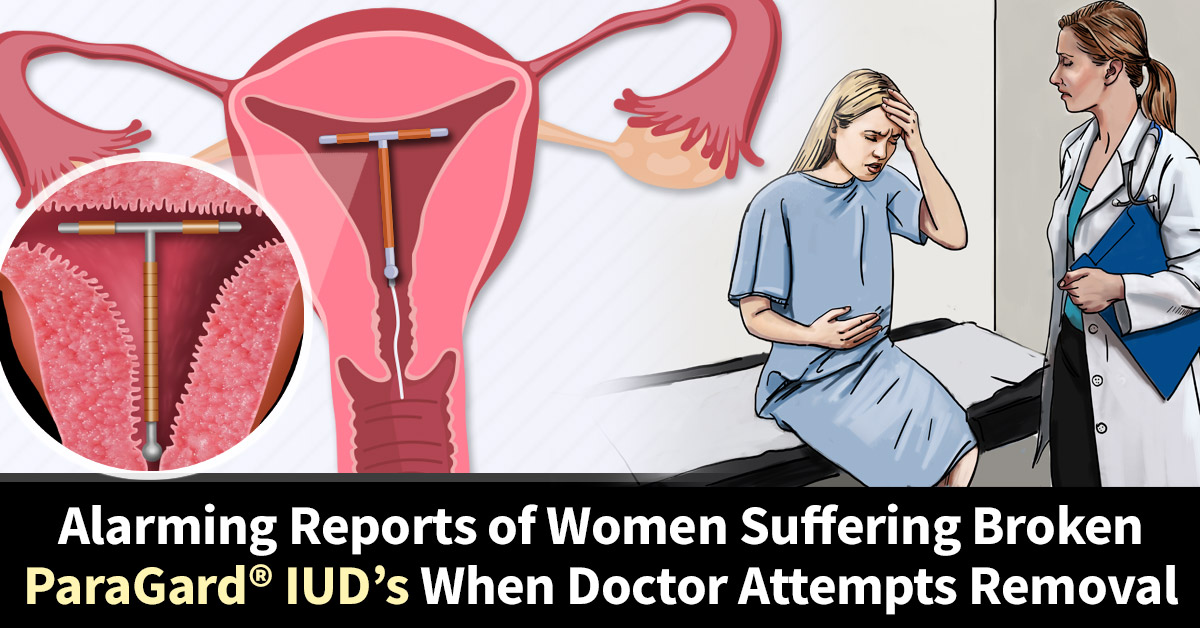 The most significant of these damages are pain and suffering and the affect it has had on your ability to enjoy life.  Often these damages are so significant that an attorney will not ask a jury for medical expenses or loss of wages as these lower dollar figures will anchor the jury to a smaller verdict and not take away from asking the jury for multimillion dollar damages for pain and suffering and disability.

Most lawyers will take up a case without charging an upfront fee. It’s common practice for attorneys to take a no-win-no-fee model when taking up litigations against giant corporations. There are, however, a number of factors lawyers will look into before taking your case. Here they are:

We rely on pharmaceutical companies to help us meet our health needs. Where those expectations aren’t met, it’s only right that we fight for our compensation. If you or any family member has had issues with the Paragard IUD, then you shouldn’t hesitate to file a case. Delay can be denial, as many states have a statute of limitations or statute of repose on compensation claims. Your attorney should be able to advise you appropriately on what steps to take, consider retaining Tom Plouff as your attorney to file your case in Cook County, Chicago, Illinois or elsewhere.