If you’ve been taking Elmiron, also known as Pentosan Polysulfate Sodium, there’s troubling news you need to be aware of. A medical journal article published in JAMA Ophthalmology found in a recent study that there was a link between the drug and vision loss. Long-term use of Elmiron led to patients contracting a vision-threatening macular disease. If you’ve suffered from vision loss symptoms, you may need to consider retaining Elmiron attorney Tom Plouff. Here are important things you need to know about vision loss caused by Elmiron.

Methods of the Elmiron Study 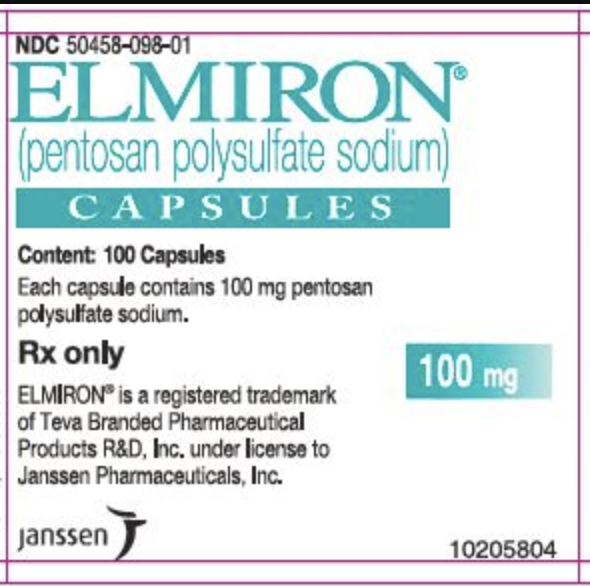 The study conducted had received approval by each of the participating institution’s institutional review board. It was conducted at Emory University. The collection of the data was performed systematically and with consistency for each patient across institutions. The goal was to perform a transparent and complete data analysis. The article notes that the study was a retrospective medical review, and a subset of patients agreed to participate in a prospective study that evaluated the long term effects of Elmiron.

The extensiveness of how this study was conducted will potentially be strong evidence for lawyers, such as Elmiron attorney Tom Plouff when filing a lawsuit against the pharmaceutical company. Two independent expert image reviewers were brought to independently evaluate the fundus imaging to determine structural outcomes. All available imaging was assessed; they were assessed for changes between the baseline and follow up visits. Among the changes assessed included change in the area of disease involvement, the evolution of retinal or RPE lesions, change in the area of macular RPE atrophy, change in macular central subfield thickness, change in subfoveal choroidal thickness, cystoid macular edema, and new-onset RPE atrophy.

Along with the methodology, the results of this study may also possibly be significant evidence for lawyers like Elmiron attorney Tom Plouff to use at trial. There were a total of 11 patients that met the criteria to be included in the study, and all of them were female. Five of them were observed for at least one year. The article noted the median duration of treatment was 15 years, and the median daily dose was 380 mg. All 11 of the patients had reported visual symptoms at the baseline visit. Two of the patients had first noticed visual symptoms years after discontinuing Elmiron.

Among the most common visual complaints were difficulty with reading and near vision, nyctalopia, metamorphopsia, and prolonged dark adaptation. Results like these are why lawyers like Elmiron attorney Tom Plouff are already filing lawsuits against the makers of this drug now. While the symptoms were not strongly characterized in the retrospective studies, 9 of the patients had described continued worsening of symptoms or development of new symptoms in at least one of their eyes. Only two patients had reported any stability of their symptoms at the final visit. The article in the journal also notes there were no patients that reported any symptomatic improvement after stopping Elmiron. It’s important to seek medical professionals’ evaluation if you have experienced any symptoms similar to these results. You may also consider contacting Elmiron attorney Tom Plouff to see if there’s a potential case in your circumstance. 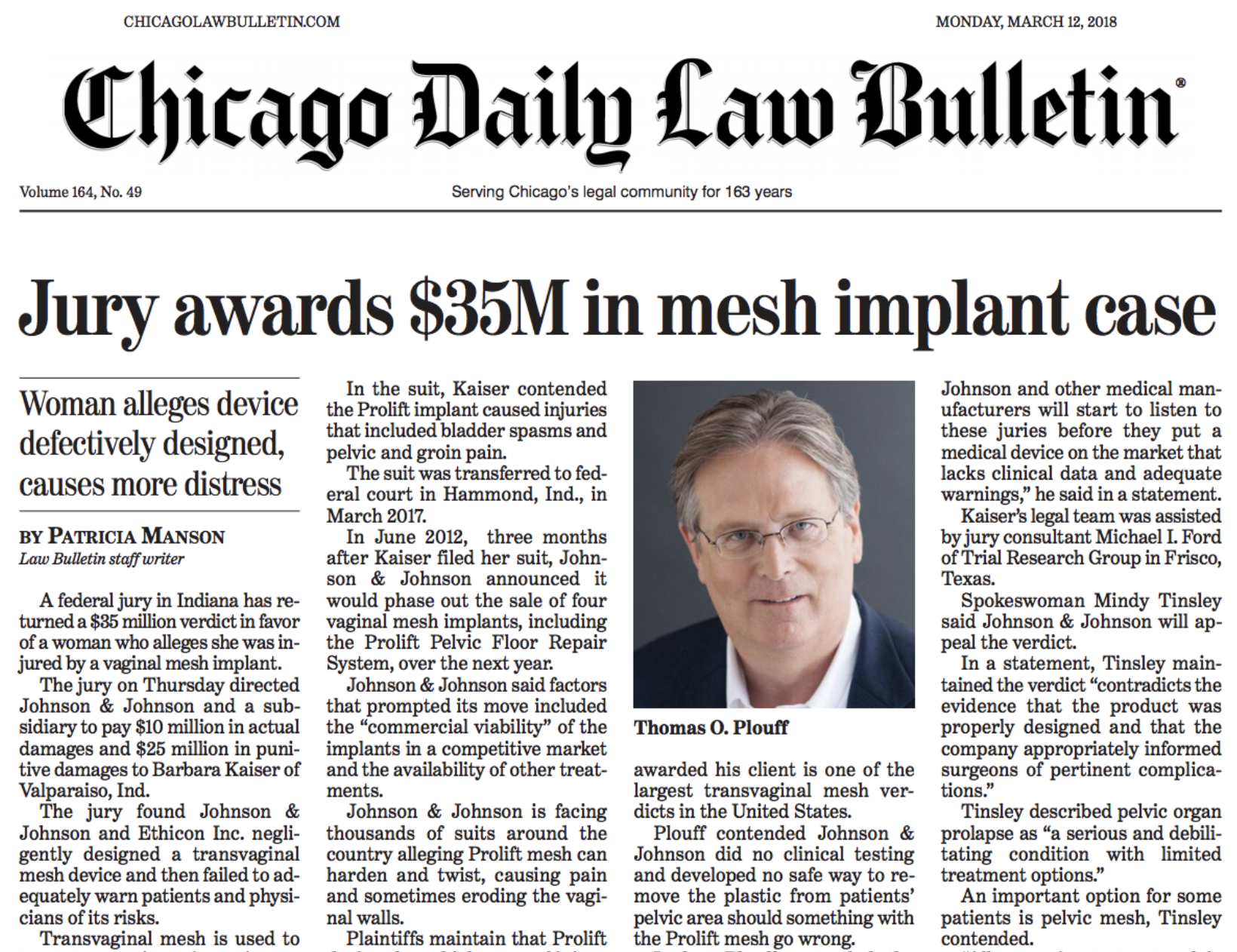 All of the patients’ eyes demonstrated an evolution of structural abnormalities in the retina at the final visit compared with the baseline visit. Seventeen eyes exhibited an expansion of the area of retinal changes. Five eyes didn’t show any apparent growth in the area of diseased tissue. All of the eyes had exhibited subtle evolution in the destruction of hyperautofluorescent and hypoautofluorescent spots. Patient 1 experienced an expansion of the area of involvement three years after stopping the drug despite having a low cumulative drug exposure. An experienced trial  lawyer like Elmiron attorney Tom Plouff (who obtained a $35 million jury verdict in a transvaginal mesh case against J&J) can use these facts to make the claim that Elmiron causes vision loss and that the pharmaceutical company should be held responsible.

The article reported that over time patients with early or limited atrophy had developed coalescing patches of paracentral atrophy that approached the foveal center. The independent expert image reviewers had found through their analysis of the OCT images that there was a decline in central subfield thickness among 15 of the 17 eyes. A total of 11 of the 17 eyes had a decline in subfoveal choroidal thickness. The article also notes that patient six had reported difficulty reading ten years after stopping Elmiron. Given the length of time some patients had stopped taking Elmiron but still developed vision loss, it’s possible you may still have a case that Elmiron attorney Tom Plouff could help with despite how long your symptoms took to develop.

The article in the medical journal concludes that the retrospective findings suggest that eyes with Elmiron associated maculopathy have continued evolution of RPE and retinal changes even after stopping the drug. As noted earlier, no patient in the series had a demonstrable improvement in their macular disease despite discontinuing Elmiron. It’s more reason why Elmiron attorney Tom Plouff is pursuing cases against the drug makers.

Eyes with RPE atrophy also developed a further enlargement of atrophy, even threatening the foveal center years after having stopped the drug. The patients were observed for a minimum of 6 months after quitting Elmiron. Two of the patients had baseline visits years after drug cessation, which the article researchers suggest demonstrates that the disease’s evolution can occur both in the near term and long term. Elmiron attorney Tom Plouff can use all of this information when pursuing a lawsuit against the pharmaceutical companies.

In addition, the researchers noted that five individuals observed for at least a year exhibited an evolution of structural alterations in the retina. Improvement of visual functioning was never exhibited in any of the patients. All patients expressed an ongoing worsening of visual symptoms at the final visit. The article notes that the finding of disease progression after stopping the drug is not without precedent. Other medication-related retinopathies, such as toxic effects from hydroxychloroquine, progressed after quitting the drug. As it relates to Elmiron-associated maculopathy, where the disease’s underlying mechanism remains unclear, it’s uncertain what the cause of ongoing progression is. 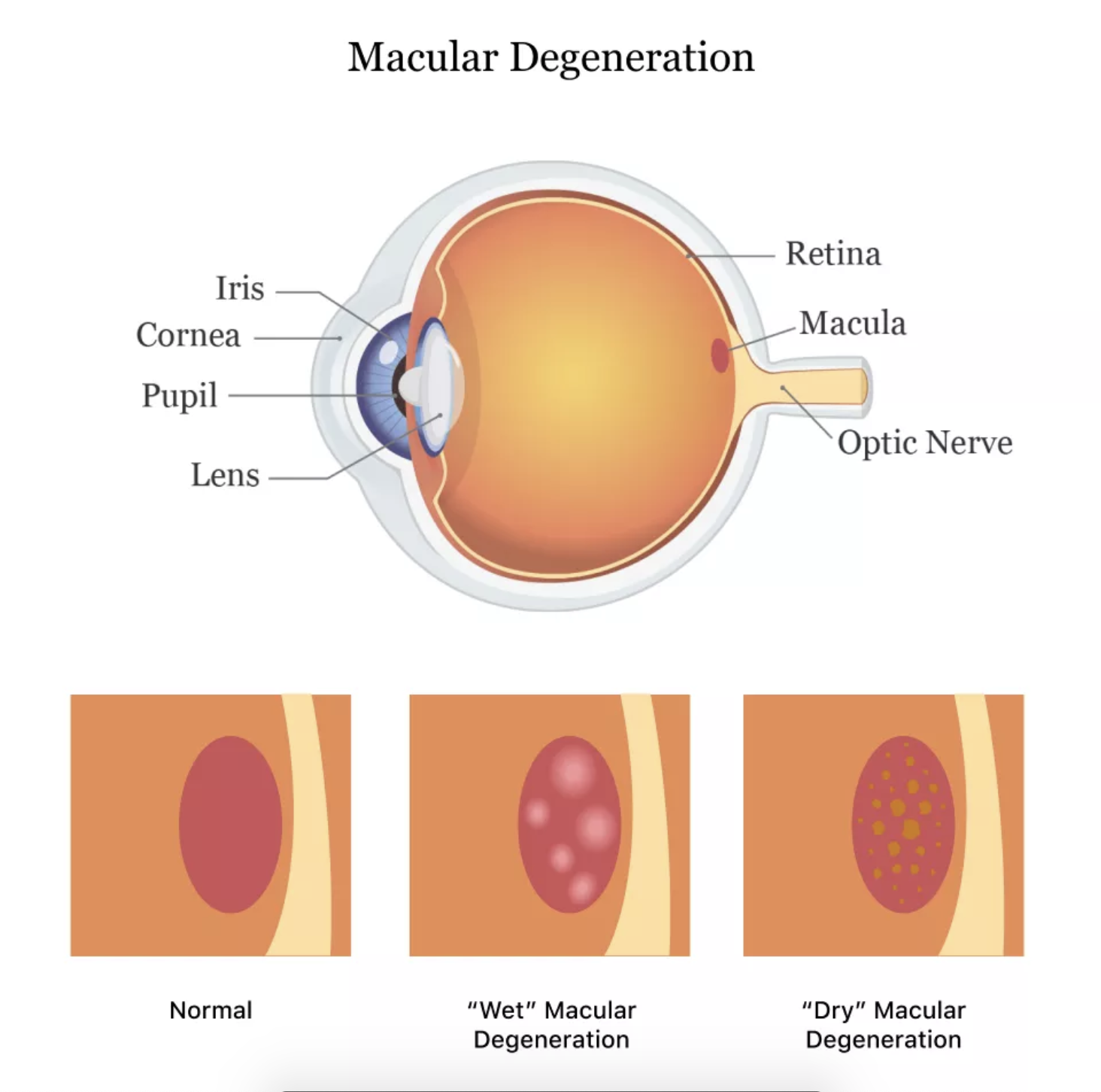 Researchers believe that it is possible there is a toxic compound that persists within the diseased tissue after stopping Elmiron. Alternatively, researchers think it is possible affected eyes might be initiated on a trajectory of progressive degeneration that might be difficult to halt, regardless of the ongoing exposure to the drug. In either case, the likelihood of vision loss appears probable for patients who’ve taken the drug over a period of time. Pursuing a lawsuit with Elmiron attorney Tom Plouff could give patients compensation for the financial and emotional damages that will result from vision loss.

Limitations of the Elmiron study.

Researchers who put together the article in JAMA Ophthalmology concede that there are limitations to the study they conducted. The study is a small sample size of 11 patients. The follow-up intervals were not standardized. Follow-up duration was limited, given that the condition was only recently described. The nature of the investigation being retrospective introduces many different forms of bias. Among those forms of bias include information bias, selection bias, and ascertainment bias. The study at tertiary referral centers might have enriched the sample with relatively severe cases of Elmiron-associated maculopathy.

The article points out that another notable weakness of the study was the paucity of visual function testing available. The primary measure of visual function that was available across multiple visits was visual acuity. Standardized testing of protocol for best-corrected visual acuity had not been used. Lastly, the OCT-based metrics had not been corrected for axial length, but the researchers point out that none of the patients had a high refractive error. With awareness of this knowledge, experienced lawyers like Elmiron attorney Tom Plouff will likely anticipate these counterpoints that pharmaceutical companies may use to defend against a lawsuit. Nonetheless, patients concerned about the possible damage these limitations can have on a potential case can discuss these concerns with Elmiron attorney Tom Plouff in a consultation.

Researchers conclude that the data in the studies suggests that Elmiron-associated maculopathy does continue to evolve after patients stop taking the drug. They also conclude in some cases, RPE atrophy can possibly encroach on the central forvea years after quitting the drug. The article notes they believe it’s possible that after years of longer-term follow-up, the progression noted in this series could lead to more significant changes of vision. Researchers believe the small retrospective series highlights the need for a longer prospective study on Elmiron-associated maculopathy to fully assess the condition’s visual impact. 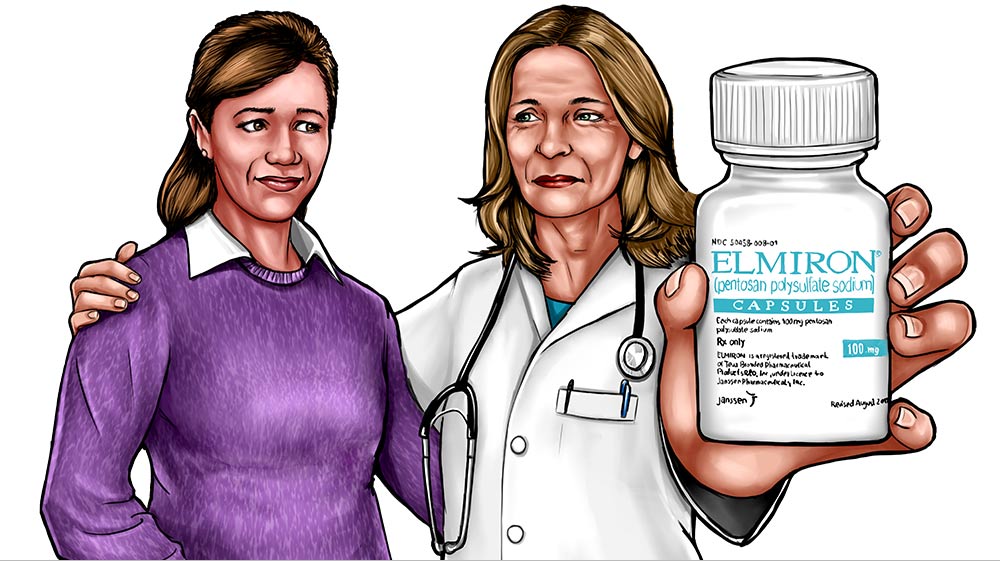 Nonetheless, researchers see much of the evidence from the study suggests Elmiron causes vision loss. It’s why lawyers like Elmiron attorney Tom Plouff are taking these cases because they believe negligence by the pharmaceutical companies will be proven, and patients who’ve suffered need compensation for it. If you believe you may have vision-related issues from taking Elmiron, contacting your doctor is the first step you should take. You should also consider contacting Elmiron attorney Tom Plouff to see if you can get compensation for the damages you’ve suffered. You may be uncertain whether you have a case against the pharmaceutical company. Having a consultation with an experienced lawyer like Elmiron attorney Tom Plouff can help you decide whether a lawsuit is worth pursuing.