In 2020, Johnson & Johnson’s Ethicon unit was subject to a $344 million pelvic mesh judgment that found J&J failed to inform consumers about the risks of transvaginal devices. The original lawsuit, filed in 2016 by then-California Attorney General Xavier Becerra, alleged the misrepresentations made by J&J violated the state’s Unfair Competition Law and False Advertising Law, according to Bloomberg Law.

Bloomberg further reported that the trial court found that J&J and Ethicon had committed 153,351 Unfair Competition Law violations and 121,844 False Advertising Law violations. Each violation imposed a penalty of $2,500. Ultimately, the California Court of Appeals threw out violations based on spoken communications (only affirming the written ones) which then reduced the penalty to $302 million.

According to law.com, following a bench trial, San Diego Superior Court Judge Eddie Sturgeon concluded that Johnson & Johnson and Ethicon misled doctors about the safety of their devices by downplaying the risks through a “combination of false statements, misleading half-truths and omissions.”

Filed in November of 2022, the petition to the Supreme Court from Johnson & Johnson and Ethicon alleges that Ethicon did not have fair notice that it faced hundreds of millions of dollars in civil penalties under the Unfair Competition Law and the False Advertising law.

The petition further alleges that the several hundred million dollar fine imposes on them is part of a “dangerous” trend that “leaves businesses in the dark.” Further stated, in the absence of traditional common law protections and Ethicon’s alleged belief that they did not have any reason to believe the communications they were found guilty of were violations in the first place.

Companies such as themselves struggle to predict their exposure and that Ethicon lacked fair notice of the severity of the penalty.

The crux of the original lawsuits were simply that Ethicon an Johnson & Johnson were not properly informing their consumers of the risks of transvaginal devices. 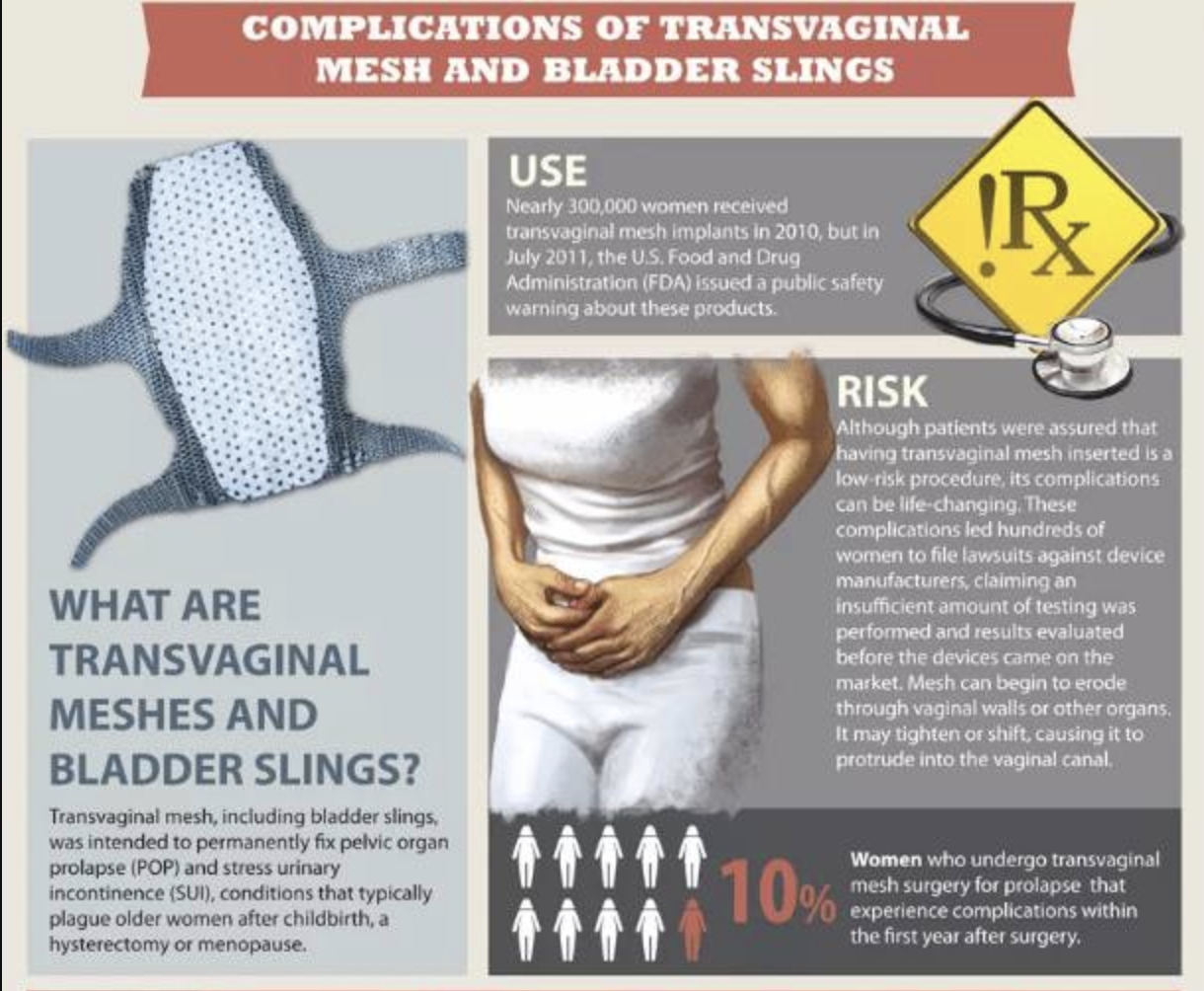 The lawsuits were essentially filed to begin with because Johnson & Johnson had not been clear with their consumers. Now, Johnson & Johnson is further trying to say they had no idea they violated California’s Unfair Competition Law and False Advertising Law. Therefore, they allege, they had no notice for the hefty fines they were ultimately on the hook for and thus, the fines are a violation of the Due Process Clause rights.

Johnson & Johnson is trying to present itself as a company who struggles with the financial impact of the fine. However, actual numbers tell a different story. According to their own news release, in 2021 alone, Johnson & Johnson had $93.8 billion in sales, reflecting growth of 13.6%. And that’s just in 2021.

Whether the Supreme Court musters any sympathy for Johnson & Johnson, regarding the size of the fine and notice of the severity of the fine, does not take away the finding that their they marketed their transvaginal mesh devices without fully apprising them of the many risks involved, many of them life-long. Time will tell how the Supreme Court will rule on this, or whether they will agree to hear the case to begin with.