FDA Continues Studies of the Dangers of Transvaginal Mesh

Even though transvaginal mesh devices used for transvaginal repair of pelvic organ prolapse (“POP”) are no longer commercially available, the FDA has required mesh manufacturers to conduct on-going studies to better understand what impacts the mesh has on women who have already been implanted with the mesh, long term. These studies are collaborative efforts with professional societies and other stakeholders. Under Section 522 Post-market Surveillance Studies, the FDA is authorized to require certain products, specifically Class II and Class III higher risk devices (in which transvaginal mesh is considered a Class III, to have post-market surveillance, among other things, when a device is intended to be implanted in the body for more than a year. Transvaginal mesh manufacturers sold transvaginal mesh devices to be a permanent solution for the life of the women, instead many have permanent problems from the transvaginal mesh. 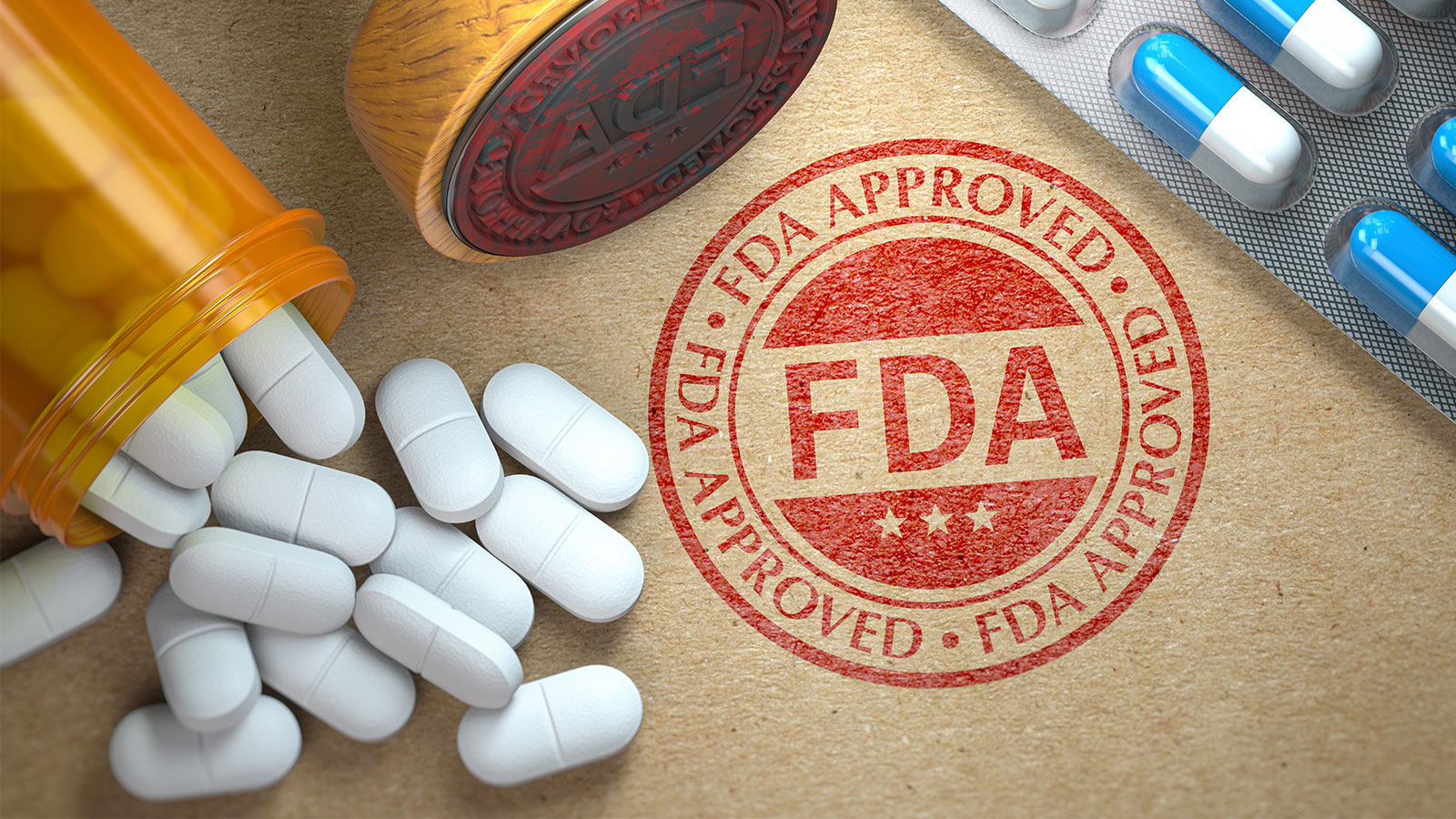 These specific Section 522 studies regarding transvaginal mesh focuses on the safety and effectiveness of the surgical mesh compared to native tissue repair, particularly regarding adverse side effects. Just because the side effects may have a low frequency, that does not mean they are not life altering and have not caused irreparable harm. These women, in most cases, never fully understand the risk that they were signing up for after having the surgical, transvaginal mesh implanted. Indeed, they could not know because the transvaginal mesh manufacturers did not warn implanting surgeons of the frequency and severity of the risks, and in some instances gave no information about potential risks.

The ultimate goal of these 522 studies was to determine whether mesh has a superiority over native tissue repair, with the ultimate conclusion being that it does not.

While transvaginal mesh had been on the market since the 1990s, there have never been conclusive studies over the safety and efficacy of mesh, whether on its own or compared to other options, such as native tissue repair. Native tissue repair is when only pelvic organ support tissue is used, as opposed to a prosthesis or a graft such as the mesh. In general, a lack of clinic data and/or long-term studies regarding mesh has always plagued the industry, and for decades left women with little options other than having to pay “he said, she said” with the little available mesh information. 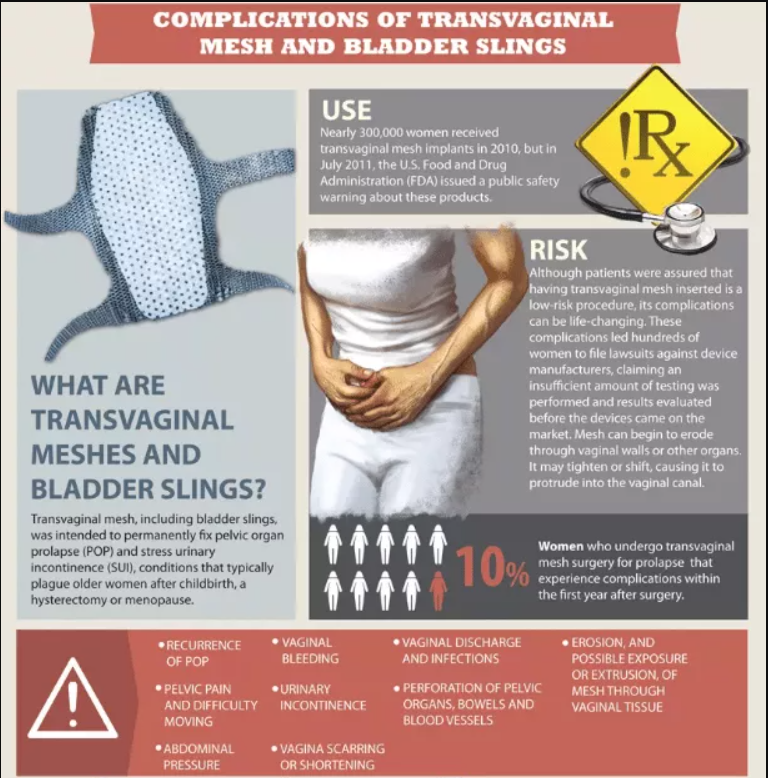 The transvaginal mesh industry has taken advantage of the lack of data to say their mesh does not harm women.   But an absence of data does not mean an absence of harm. In the words of Astronomer Carl Sagan, the absence of evidence is not evidence of absence.” This simply means that just because you don’t see something doesn’t mean that it’s not there.  In order to assess the validity of a conclusion about the incidence or prevalence of a complication requires that you have demonstrated a way of looking for it.  So if you don’t ask the question about certain complications or you don’t follow the patients long enough, and that is the case with transvaginal mesh manufacturers, then you can’t find something because the mesh manufacturers do not use the proper scientific methodology to look for it.

The most recent study conducted involved Coloplast devices such as Direct Fix, and was completed in October of 2022.

The study compared women who needed an intervention for pelvic organ prolapse, with about half of the women receiving a native tissue repair and half receiving transvaginal mesh repair for a total of 810 women participating in the study. Patients were followed up with at the 2-month, 6 month, 12 month, and 24 month mark before the completion of the 36 month study. Following the study’s conclusion, women with transvaginal mesh experienced side effects that include neuromuscular problems (including groin and leg pain), pelvic pain, mesh exposure in the vagina, urinary tract infections, perioperative infections, vaginal infections, stress urinary incontinence, urge incontinence, difficulty emptying bladder, and de novo dyspareunia (pain from sex).

Ultimately, after this 36-month survey, the FDA concluded that the mesh devices “do not have a favorable benefit risk profile” which essentially means the risks outweigh the benefits of transvaginal mesh repair.

In 2021, the FDA conducted a similar study with Boston Scientific devices Uphold Lite and Xenform used for pelvic organ prolapse. Like the Coloplast study, it was conducted over a 36-month period. The FDA found that surgical mesh does not have a favorable benefit-risk profile, and that these type of devices present potential additional risks, such as mesh exposure and erosion, compared to native tissue repair. 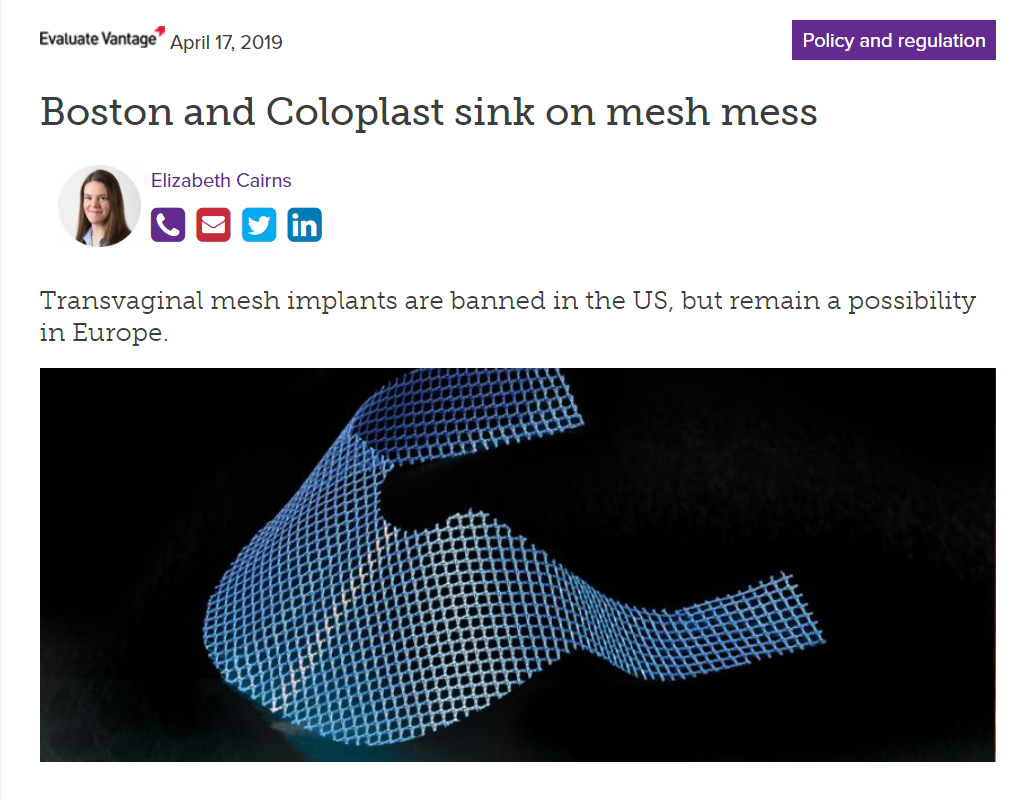 These studies come on the heels of a 2019 directive in which the FDA ordered the manufacturers for all surgical mesh products indicated for transvaginal repair of pelvic organ prolapse to stop selling the distributing their products in the United States. At the time, the FDA found that Coloplast and Boston Scientific had not demonstrated a reasonable assurance of safety and effectiveness. This followed a 2016 reclassification of the devices, over 25 years after they begun using mesh for transvaginal repair, that indicated they were now a Class III High Risk device. A Class II device is considered a lower risk, and therefore, only needs to be cleared by the FDA, not approved. Historically, mesh manufacturers only had to submit evidence that a predicate device already on the market was safe, without having specific studies to support the safety of the new mesh products being brought to market. No safety or effectiveness needed to be proved before being brought to market.  However, the change to reclassification as a Class III High Risk device, requires manufacturers to submit Premarket Approval Notifications (PMA) that would provide a reasonable assurance of safety and effectiveness.

Essentially, the standard became whether the devices worked better than surgery without the use of mesh, such as native tissue repair essentially saying that the mesh should demonstrate superiority over nature tissue repair of POP. This is what led to the current crop of studies that we are now starting to see results from. Almost all mesh manufacturers refused to submit studies to support an application for PMA, instead removing their transvaginal mesh products for pelvic organ prolapse repair from the market.  So for many years what mesh manufacturers put forth as the “gold standard” for pelvic organ prolapse repair , when faced with a “put up or shut up” demand by the FDA, decided not to put up any proof of safety or effectiveness, the only conclusion being they could not provide any scientifically sound evidence for transvaginal mesh for pelvic organ prolapse repair.

In 2019, right before the order removing the surgical mesh products from the market, the FDA convened a panel to solicit input from experts on how to evaluate the safety and effectiveness of transvaginal mesh. The panel essentially said that the manufacturers needed to show the favorable risk benefit profile that both the effectiveness and safety outcomes should be comparable to the native tissue repair. Now, at the completion of these studies, we know that these devices do not, in fact, have a favorable risk benefit profile.