Elmiron is a drug that’s been used to help treat chronic bladder pain, including interstitial cystitis.  If you’ve been taking it for this health issue, be aware that you’ve been at risk for central vision loss. Research has shown that the drug is linked to retinal maculopathy, an eye disease that can cause significant vision problems. Here’s what you need to know about Elmiron, and what you should consider if you decide to pursue a lawsuit.  If you are treated by  a Chicago area Ophthalmologist it will be important if the doctor has diagnosed vision loss due to retinal maculopathy for you to obtain those records.  Also if your Chicago area urologist or physician prescribed the Elmiron it will be important to obtain those records or pharmacy records for proof of use.

The makers of Elmiron knew of its connection to eye damage. 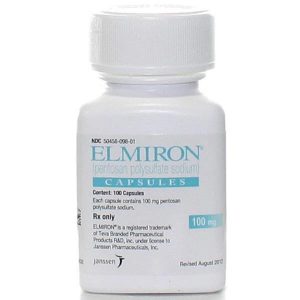 When drugs are created, they always undergo trials to determine the safety of using them. The makers of Elmiron conducted a four-year clinical trial that included nearly 2,500 people. Women made up 88% of the participants. The results found those who took Elmiron for three months to four years developed adverse reactions such as optic neuritis and retinal hemorrhage. Janssen Pharmaceuticals, the company that manufactured Elmiron, chose not to investigate these side effects and not inform the doctors or the patients. The drug trial was conducted over twenty years ago, which means thousands of Americans were put at risk unknowingly and are recently experiencing issues with retinal maculopathy. It’s the drug maker’s responsibility to inform the public of all possible side effects, so doctors and patients can make an informed decision on the use of a drug.

Patients were not given a chance to know about the risk of eye damage, which could have made them reconsider taking it. Because of the lack of knowledge, many women who took this drug could not know the cause of their eye damage. Often, Elmiron patients were misdiagnosed as having macular degeneration or macular pattern dystrophy, which present similar symptoms such as trouble reading, blurred vision, and color dullness. In actuality, for Elmiron users, they developed retinal maculopathy, which is drug-induced toxicity that damages the retina. The eye disease was only recently discovered, and doctors have little information on its prognosis. Normal age-related eye issues usually occur when adults reach their 60’s, but unfortunately, those who’ve used Elmiron may be dealing with eye issues much earlier in life.

Up to 54% of Elmiron users may have developed eye disease.

It’s possible that anywhere between 25 to 54% of those who’ve taken Elmiron may have contracted an eye disease. In 2015, at Emory Eye Center in Atlanta, GA, six female patients were diagnosed with an unknown progressive eye disease. After undergoing retinal imaging, doctors were surprised to discover retinal maculopathy. The women that developed this disease had no prior medical history of eye disease that would have explained the pattern of symptoms they were experiencing. Since doctors knew very little information about this disease, a 2-year-long study was conducted on the patients. Their medical histories were rigorously analyzed, and upon review, there was one common factor between all of the patients. The common factor was that each patient had been taking Elmiron. 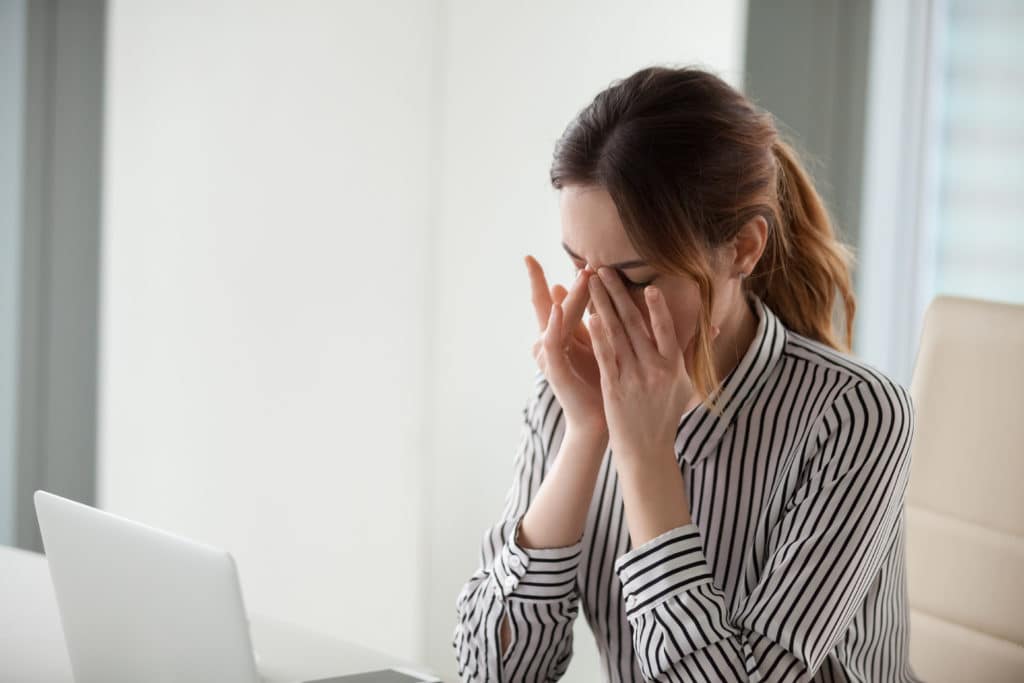 After the link between Elmiron and retinal maculopathy was discovered, the doctors shared their findings with other medical professionals. In Oakland, California, three doctors at Kaiser Permanente heard about the discovery and searched their database to find any patients using Elmiron. It was found that 140 patients in their database used the drug, and they were invited to do the same retina imaging test that found the eye disease in Emory’s six patients. 91 of the 140 drug users agreed to be tested. Of the 91 drug users tested, 25% of them had the same eye disease as the patients at Emory Eye Center. Besides this finding, the research also found that a high dosage of Elmiron was more likely to cause eye damage in patients. There was a 42% rate of toxicity among patients who had taken 1500 grams of Elmiron, in contrast to only an 11% rate for patients who’d only taken 500 to 1000 grams of Elmiron. The IC network also surveyed 1,604 patients who had taken Elmiron. Of the 1,604 patients who had taken the drug, 54% contracted an eye disease. All of these studies strongly suggest those suffering from interstitial cystitis taking Elmiron are at risk of developing retinal maculopathy. 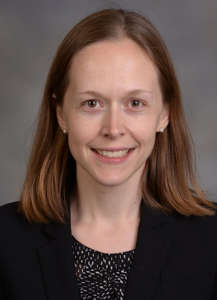 In addition to the risks of taking Elmiron, the damage caused by it can potentially be lifelong. In October 2001, Dr. Rachel Huckfeldt of Harvard University was treating a female patient with blurry vision and difficulty adjusting to dark environments. When the patient returned to see her six years later, Dr. Huckfeldt took new retinal images. The results showed that the woman’s vision had gotten significantly worse from the last time she’d visited. DNA analysis was conducted on the patient, and there was nothing found to suggest it was related to her deteriorating eyesight, and there had to be an outside cause involved.

It wouldn’t be until May 2018, when the findings from the Emory study were published, that Huckfeldt would immediately confirm by her patient’s medical records she had been diagnosed with interstitial cystitis and was prescribed Elmiron. When the woman was informed, she revealed that she had stopped taking Elmiron two years ago, but despite that, her eyesight had only continued to worsen. Dr. Huckfeldt published her findings in a peer-reviewed journal, and doctors and patients have been trying to learn more about this eye disease.

The inaction of Janssen Pharmaceuticals

As alluded to earlier, it’s the responsibility of the drugmaker to take measures to ensure the public is safe whenever a study announces a drug may have serious risks associated with it. One way drug companies can do this is by making a public statement acknowledging the risks from the studies. In publicly acknowledging the risks, the patient can make a more informed decision about whether they should take the drug. Another way a drug company can help with public safety is by providing literature that offers proper notification about any recent events related to their product. Currently, Janssen Pharmaceuticals has taken none of these steps as it relates to the recent serious side effects associated with Elmiron.

One thing Chicago area residents, or anyone who may have vision difficulty, should know is that in Illinois and Indiana there is a discovery rule that can extend the statute of limitations.  There would be no reason for patients to discover taking Elmiron would cause vision loss as late as 2019, particularly as many ophthalmologists today are not aware of the link between Elmiron and central vision loss.

What to do if you were injured by Elmiron?

If you’ve been searching “Elmiron lawsuit Chicago Illinois Indiana attorney” on Google, you’re likely looking for answers on what to do if you or a relative has possibly been affected by this drug. The first thing you or your loved one should do is see an ophthalmologist and get a complete eye scan. The only way to detect retinal maculopathy is through advanced imaging. Besides seeing an ophthalmologist, begin documenting all vision-related issues.

Once you’ve done these tasks, all relevant medical documents should be gathered. Consider these questions when you’re gathering documents. When was Elmiron prescribed to you? When were the vision changes first noticed? Was any eye scan done after Elmiron was prescribed? Gather the appropriate documents that answer all of these questions, and also have the hospital bills consolidated. If you have any questions or concerns, write them down so you’ll be ready to ask an experienced lawyer about the issue. A lawyer can tell you information such as what your rights are and help ensure that you’re compensated fairly for your losses.

Some law offices may be currently pursuing lawsuits against the company, and you may have to file with them soon. All states have a deadline for when an injury lawsuit can be filed. An attorney familiar with this case will help you be aware if you’re eligible to receive any compensation. Consultations are generally free and confidential and can be done within a short period of time.

Cost of an Elmiron lawyer

Most law offices will determine costs based on your individual circumstances. There should be no sense of pressure or obligation to hire a specific lawyer for your legal needs. Some firms will not charge you out of pocket fees and will only charge any contingency fees if the case is won. A contingency fee is when a lawyer receives a portion of your recovery amount. Plouff Law Offices, PC in Chicago charges no out of pocket expenses and only charges an attorney fee if a recovery occurs.

What to look for in an Elmiron lawyer? 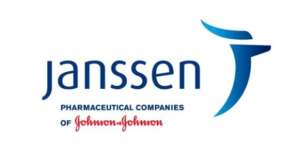 Many law firms will likely take as the risks of Elmiron become more known. You may have trouble deciding which firm you should choose with so many options. A good thing to look for in a law firm is trial experience. Find out if the law firm you’re considering has a history of successfully winning cases for injured Americans. Ask about how much compensation they’ve won. It’s important to hire a good law firm, as Janssen Pharmaceuticals will likely have a fully staffed legal team that will do everything they can to protect the company’s profits.

If you know someone who’s taking Elmiron it’s important that you inform them of the risks of this drug. If you’ve suffered any eye issues because of taking this drug, consider  contacting  Tom Plouff as your attorney to file your case in Cook County, Chicago, Illinois, or in Indiana or elsewhere. He can also help you obtain more information about the next steps moving forward.