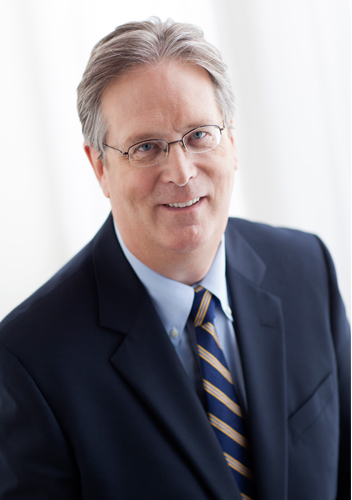 Thomas Plouff left the United States Attorneys Office in 1993. Thomas Plouff knew he wanted to continue as a trial attorney, which in his mind left two options: defending criminals or personal injury work, as these are the areas where trials are most frequent.  Thomas Plouff decided that personal injury work would be more of a “white hat” job, little did he know how juries view personal injury attorneys, so he started practicing in Chicago. It was the right decision. Thomas Plouff had the good fortune of being the lead trial attorney on jury verdicts that include a record $5.3 million jury verdict for a knee injury in a trip and fall case; $1.2 million jury verdict for an unoperated compression fracture at L5 in a construction case; an  $11.11 million medical malpractice jury verdict for failure to diagnose bacterial meningitis, and an accident in McCormick Place in Chicago for another multimillion dollar verdict.

Here is the oral argument by Tom Plouff in the Parton v Ethicon & Johnson & Johnson case.  This case involves the Prolift transvaginal mesh product, which was the same product Plouff on behalf of Barbara Kaiser obtained a $35 million verdict.  In Parton, the district court dismissed Parton’s complaint as untimely.  In the week following the oral argument, the Sixth Circuit in a written opinion reversed the district court for doing so and the case is now remanded for trial in Chattanooga, TN.  It is virtually unheard of for a written opinion to issue so quickly as it usually takes months before a written opinion issues.

Thomas Plouff grew up in Indiana, where his dad was on the administration at the University of Notre Dame. After graduating from Notre Dame with a degree in business, he went to law school at Notre Dame and graduated with distinction. After working six years in Washington, D.C. as an antitrust litigator at the Federal Trade Commission and as a trial attorney for the U.S. Dept. of Justice, he moved home to be near my family.

Thomas Plouff then worked as an Assistant United States Attorney prosecuting tax and white-collar fraud cases while in the Northern District of Indiana. He left with the thrill of prosecuting a case with national media headlines in obtaining a health care fraud conviction of a defendant who sold as new what were used heart pacemakers. The case was the apparent basis for an episode on the TV series “Law and Order.” He has enjoyed teaching trial advocacy to law students since 1989, including students at Notre Dame Law School, Cumberland School of Law at Samford University, Birmingham, AL, and at the National Institute for Trial Advocacy.

In keeping with the theme of his practice, one of his record jury verdicts was reported in a Chicago Sun Times in an article headlined “Legal Prizefighters Take Off The Gloves,” which noted that “lawyers pull no punches in civil trials in which millions of dollars are at stake.”

Thomas Plouff wants to fight for you. Please call him now at (205) 907-8570 and he will speak with you for free and with no obligation on your part.